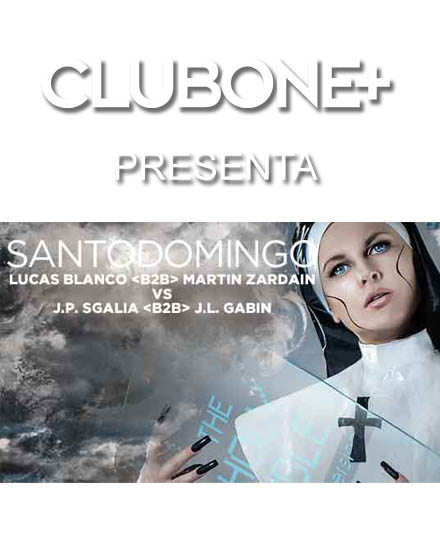 Born at 23 December, 1980, in Buenos Aires City, Martín Zardain init his own musical career with 19 years old, taking part in some rock bands like a guitarist and vocalist, having live presentations in lots of very popular places. In 2006, he started into electronic music, musicalizing some friends’ parties.

Later, met Marcelo Fratini, one of the most important Trance Djs in Argentina, who taught the use of the trays and inculcated knowledge from great producers from Trance, Progressive and Techno, genres from which derive his influences at the time to select tracks. Nowadays, Zardain oriented his selection to Tech House, discovering new sounds. In 2008 he started his career as producer, and at this days, lots of very known djs use his mashups and reworks.

With 18 years old in 2006 Lucas Blanco started his career as professional dj inspired by the sounds of house, acid, electro and techno. His live sets are characterized by the dynamism which he uses all the elements of the decks, playing with vocals, samples, effects and scratching. All these resources combined with his synchronized mixes make his performances explosive and full of energy.

In his career Lucas Blanco has been in the most important clubs from Argentina as Pacha, Privilege, Club One, Bahrein and also he has been in a lot of important presentations in Brazil as Pacha Florianopolis.

After having shared booth with recognized djs as Robbie Rivera, Abel Ramos, John Creamer, Steven Lee (aka Lee Cabrera), HIIO, in a little time he reached to be positioned as one of the most important and talented artist in Argentina inside his genre.