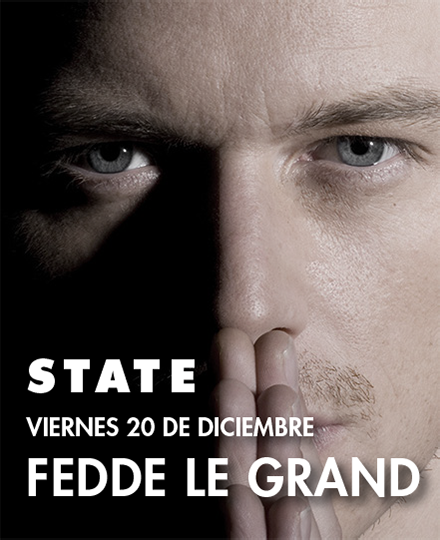 Enjoying artistic freedom afforded only an elite few, Fedde Le Grand is a masterful pioneer of electronica, considered by countless fans and artists as one of the single most defining figures in house music. Whether as DJ or producer, Fedde’s influence can be felt throughout the electronic landscape; his creative beats, grooves, melodies and rhythms surround us.

Back in 2006, it was the seminal electro track ‘Put Your Hands Up For Detroit’ that not only brought Le Grand to global attention, but breathed fresh life into a stagnant house scene. Dubbed by many as the “Saviour of House”, it soon became evident that the Dutchman was no one-trick pony. Amongst others, tracks like ‘Let Me Think About It’, ‘Control Room’, ‘Sparks’, his remixes of Coldplay’s ‘Paradise’ and EBTG’s ‘Missing’, ‘The Creeps’, ‘So Much Love’, ‘Metrum’, ‘Autosave’, ‘Back & Forth’, ‘RAW’ and lastly his amazing remix for Nikki Williams’ ‘Glowing’ have established him as one of the most exciting and consistent talents around, demonstrating his effortless ability to move seamlessly between huge mainstream success and edgier, underground sounds. His 2009 debut artist album ‘Output’ was released in an incredible 64 countries worldwide, establishing him as one of the foremost creative forces in electronic music, while 2011 saw him accomplish a record-breaking 5 Beatport #1 tracks – including his reworking of ‘Paradise’ which earned him an opening set for Chris Martin’s super-band in Madrid. Increasingly in demand for his remix skills, Fedde’s talents have been called upon by a host of musical superstars, including Madonna, Coldplay and Robbie Williams to Will.i.am, Moby and Fatboy Slim.