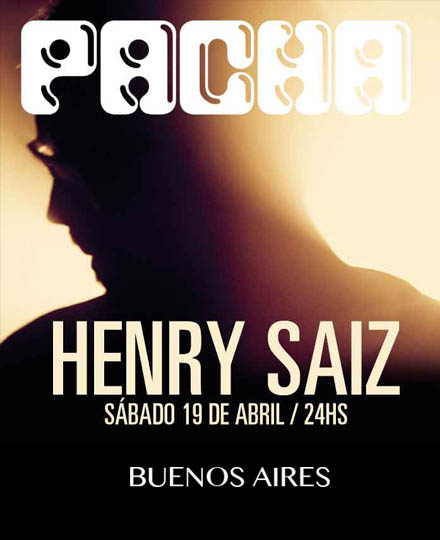 Henry Saiz is the creator of a style that is a combination of his love for all things electronic with a deep passion for art. His music, as well as his work as a sound designer for film and TV has always been marked as forward thinking in approach and groundbreaking upon delivery.

Henry’s sound refuses to fall into a singular category, he takes in influence on many different levels and incorporates this into his live and DJ sets by forging a perfect balance of Electronica, Disco, House and Techno.

Henry’s first productions were released through the highly regarded Global Underground and Paradigm Musik imprints. These releases were instantly noticed by house giant John Digweed, which led to creating one of the biggest tracks of 2009, which was also named as Pete Tong’s Essential New Tune.

Released on Bedrock, Henry’s remix of Guy J’s “Lamur” was regarded by critics and DJ’s alike as “the track of the year”. Following the success of this remix, yet another giant label; Renaissance commissioned the release of “Artificial Paradises EP” and “Madre Noche EP” in 2009 and “The Rider EP” in 2010.