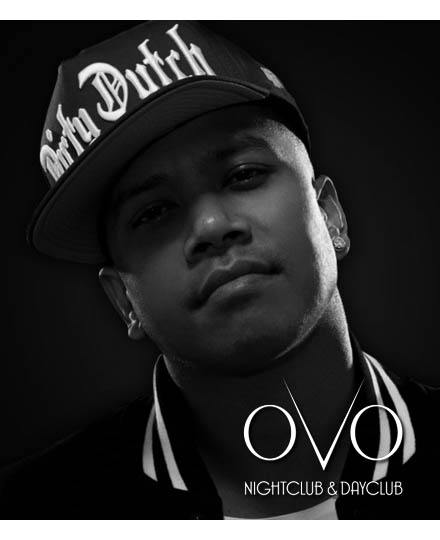 Having risen to fame with chart successes such as ‘Let The Bass Kick’ and ‘Aftershock,’ Chuckie’s career has continued to develop thus turning him into a global phenomenon who never fails to win over legions of fans with his upfront approach to making and playing music.

Taking dance and urban music by storm in Europe, The United States, and South America and beyond, he is spreading the Chuckie flavour with his explosive beats, surprise FXs and adulated climaxes.

Although Amsterdam based, dj Chuckie works tirelessly to fit everything into his hectic schedule whether he’s on a plane or in a hotel room as he travels the globe performing to millions of fans in the world’s best clubs.

Coming from southern Brazil, Fabrício Peçanha is an unusual character in the musical universe, who not only combines technique, musical knowledge, repertoire and a flawless dancefloor feeling, but also gets close to the unreachable: despite of having it all, when it adds up to his presence and charisma, his gigs become true experiences, capable of transcending mixes to legends and crowds to legions of fans.

Fabrício was a pioneer when it comes to national electronic music, more specifically in his home town, Porto Alegre. He started DJing professionally in the early 90’s, during the newly established scene, on Fim De Século club.

He was one of the few DJs invited to perform on every edition of the most important brazilian electronic music festival, Skol Beats and has played in massive festivals like SWU and Planeta Atlântida as well. In Argentina, he had the honour of being the first brazilian to DJ on Creamfields, a festival with exquisite matter for the latin-american electronic music development.

As one of the few brazilian names to figure amongst TOP 100 awards of british magazine DJ Mag, Fabrício was nominated best DJ in Brazil for six years in a row by recognized national press: 2006, 2007, 2010 and 2011 by Cool Magazine and 2008 and 2009 by House Mag. Since 2005 he has also been a part of Life Is A Loop trio, one of the most acknowledged musical projects in the country.

Having performed in legendary clubs such as Cocoon in Germany, Avalon in Los Angeles and DC10 and Amnesia in Ibiza, in Brazil, he is one of the few hand-picked residents of Warung Club, a constant name amongst the best clubs in the world.
As a producer Fabrício also stands out: his first album, “Silver Lining”, was release in 2013. In the same year he is also launching several EPs and remixes, as well as studio collaborations with producers as Phonique and Namito.

Hypnotizing crowds, influencing generations and, most importantly, captivating the singular power of music in people, Fabrício Peçanha keeps on, for over a decade, writing an inspiring story throughout the brazilian electronic music history.