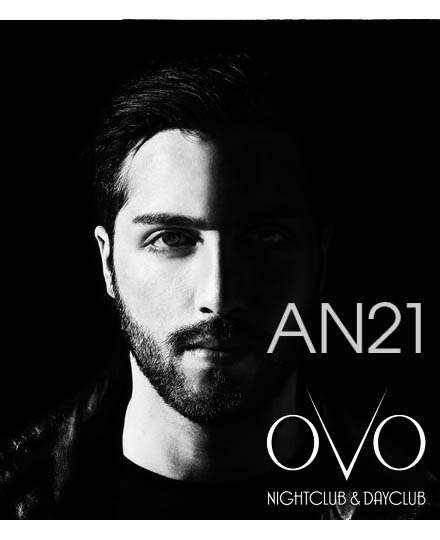 Boasting an extended line of brotherhood to the formidable Size Records clan, AN21 has invariably let passion lead the way for his global legacy. Balancing the realms of A&R soldier to globetrotting House visionary, a remarkable array of melodic peak time anthems have come to establish this immaculate Swedish asset as an outstanding leader of the universal House explosion. At the eve of his most exciting landmark to date and a stellar year for himself and Size Records, the continuous momentum behind this talented young producer has never been stronger.

From the days of stealing his brother’s decks to play impromptu sets on the Swedish underground circuit to an ongoing spate of Essential New Tunes, AN21’s rise to immediate attention has invariably been the product of countless creative revelations. Bold enough to don his studio dexterity to the likes of Ellie Goulding and Gorillaz, his collaborative remix of Pendulum’s ‘The Island’ alongside Steve Angello and Max Vangeli would be dubbed as ‘Hottest Track in the World’ by Radio One’s Zane Lowe, marking an essential extension of his own sophisticated club stylings to the masses. Where 2010 proved his essential starting grounds, 2011 certainly saw his enigmatic studio output taken to a whole new level of popularity.

But where AN21’s reputation as an eclectic club connoisseur is undeniable, the aptly named debut album alongside best friend Max Vangeli promises to make 2012 his most memorable to date. Calling upon the likes of Tiesto for title track ‘People Of The Night’, the duos full-length debut will collect a host of friends from assorted musical backgrounds to create a fresh blend of House music.

As the venues grow bigger and the emotive capabilities of his sound grow stronger, his innovative stance on melodically tuned anthems is worthy of the weight now carried in his every musical manoeuvre. Still armed with a 20:20 vision for moment making studio manipulations, this nocturnal champion’s reign upon a genre that he and his family at Size Records have pioneered from the outset remains supreme.