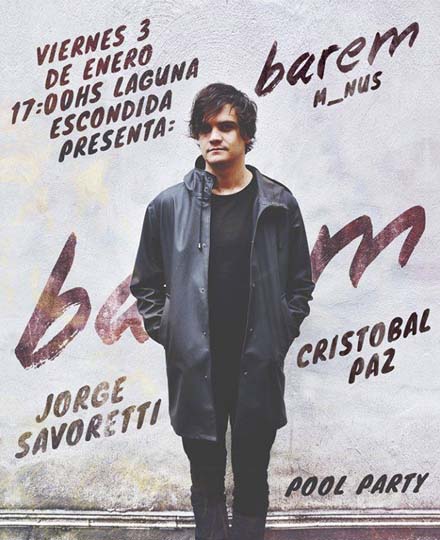 Mauricio Barembuem (aka Barem) perfectly personifies the new breed of electronic musician who has grown up in the digital age, using intuitive software programs like Reason and Ableton to spontaneously express ideas and emotions. On-line distribution has also made it possible for them to reach out and connect with audiences across the globe, no matter where they are – Buenos Aires for example, where Barem grew up amid the hustle and bustle of a city on the edge.

His teenage years were spent playing blues and rock guitar in bands but this always meant compromise. He longed for a purer form of self expression and eventually found it through electronic music, fascinated in particular by the way some DJs could impose their own personal vision onto the music they played, elevating it to an art form. It was exactly the inspiration he needed and Barem was soon experimenting with sampled loops and buying records (7th City, Spectral, Perlon and of course Minus). However, becoming a techno producer/DJ in Buenos Aires was easier said than done with gigs were few and far between. He was close to quitting a few times but found the right people at the right time and the solid advice they gave kept him motivated and focussed on his goal.
https://www.facebook.com/baremminus?fref=ts
https://soundcloud.com/barem