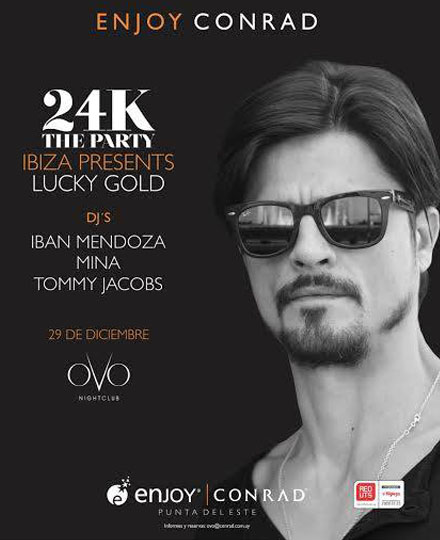 He is undoubtedly the greatest talent from Ibiza. He started his career at the legendary after hour “Lucifer”, where he played for 2 years as a resident. In 2006 he took over the island becoming well-known and gaining notoriety in the electronic music scene. He rocked the best clubs in the island such as Space, Privilege, DC 10, AMNESIA, PACHA, CIPRIANI and more.

In 2008 he started his own party “SILENCE” at Sushi Point, which was a great success and as it became more popular he became the dj of choice for all of the most exclusive VIP parties during the summer.
Internationally he has been around the globe, performing in many countries such as Uruguay, Ukraine, Algeria, UK, Italy, Turkey, Germany, Holland and Belgium to name a few. He has spinned in legendary clubs like SPACE MIAMI, DELANO, WALL, Surfcomber, etc.
Iban music and personality is characterized by energy and freshness. It is a mix of excellent technique and strength, especially when it comes to his music selection.

Recently he has been interviewed by PACHA magazine and Big Cele (December 2012) and Vicious magazine (August 2012). This summer he was chosen by celebrity P DIDDY to play in his birthday in Ibiza and at his house in MIAMI as well.
Iban s career is in constant development and expansion worldwide.