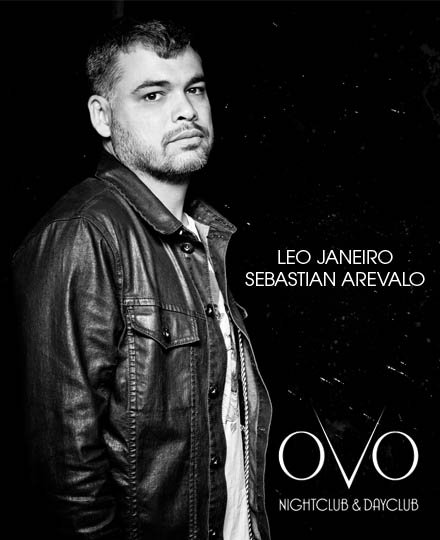 His sound can be defined as house with extreme technical skills and quality musical taste . Considered as one of the top Brazilian DJs of his generation , this guy has been in the front scene of all main festivals ( Skol Beats , Creamfields , Ultra Music Festival , Rock in Rio , Rio Music Conference and clubs like ( Dedge , Warung , Clash , Garage , Pacha , Privilege ) in the country .

Elected as one of the best djs in Brazil by Dj Mag Br ,Mixmag Br , and among others publications as dj and producer he has released 2 Ep’s with songs on sale at some of most important sites around the world , and also with tracks on several compilations .

Presently he is resident at Warung Club , considered one of the best clubs in the world , and also of MOB Music on board the electronic music ship festival .

Sebastian Arevalo is one of the most prominent DJs of house music in Argentina.
He began his career in 2001 at the French Bar La Cigale, one of the main tourist points of Buenos Aires.

In 2008/09 he participated in the edition of the biggest electronic music festivals, Creamfields Buenos Aires was also due in the modern famous Costa Brava Rio de Janeiro. Invited to participate in events like Fashion Week, Arevalo is often presented by Brazil, where its presence is constantly growing club where major cities like Sao Paulo, Paraná, Rio de Janeiro, Santa Catarina and Rio Grande do Sul and other.