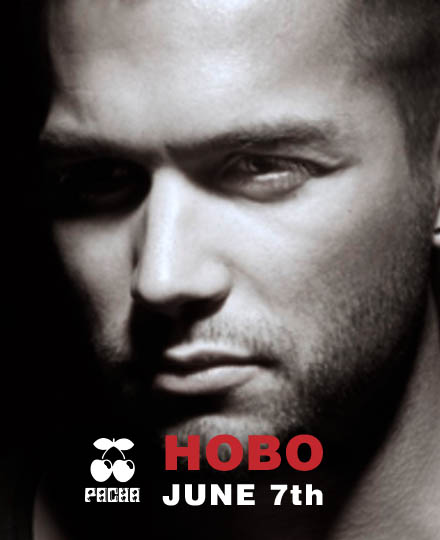 “You stay still, you’re more likely to be left behind.” It sounds so simple but it makes so much sense. It should come as no surprise when you listen to the body of work that Joel Boychuk has created under his Hobo guise, that each individual output sounds so different.

Hobos are wanderers – migrant work-seekers, constantly on the move. You can tell that he is aware of this fact every time he steps into his studio, because speaking musically, for him the same path is never trodden twice. When asked why he never seems to repeat himself, he will answer without hesitation: “You stay still, you’re more likely to be left behind.” It sounds so simple but it makes so much sense. He freely admits that there will be people who come along and stick around by playing it safe, finding something that works, and riding it as long as possible. For him, however, that is not an option. Boychuk speaks of idleness and stagnation as though they’re the worst plague imaginable. And it’s valid logic. Everything is in a state of change, why not embrace it? And embrace it the twenty-four year old producer has.

With simple beginnings in between Canada and Detroit, the young star has risen from total obscurity, to performances at some of the world’s hottest clubs, along side it’s hottest DJs. Fabric in London, Amnesia in Ibiza, Tenax in Florence, and Europe’s biggest festivals are among the stops that this Hobo has made in his never ending commute. And there looks to be no end in sight. Boychuk is always hard at work on his next idea, and yet somehow he makes time to gain extra credits wherever possible, most recently as ‘Assistant Executive Audio Producer” for the acclaimed Plastikman Live tour in store for 2010. When asked how he manages, he reveals his first noticeable consistency, in saying: “Just never stop moving.” It’s a mantra he wears proudly, and that pays off everyday.

After having his 2009 hit, ‘Symptom’ charted as one of Depeche Mode co-founder Martin Gore’s favourite tracks, to having Hugo Boss select his ‘funk jam’ (as Boychuk calls it) ‘Howard Watson’s Jam’ as one of their monthly favourites, to touring along side Richie Hawtin at the biggest events and clubs in Europe, this Hobo is most certainly earning his keep. Boychuk has made it very clear that he doesn’t ever plan on sitting still; so wherever you go, keep your eyes peeled. There’s a good chance he’ll be passing by any day.