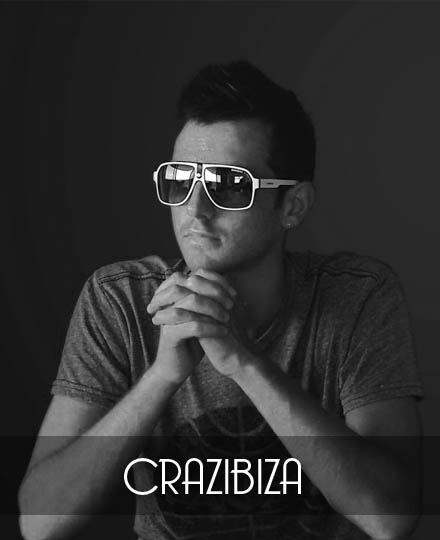 Crazibiza is the excitingly ingenious pairing of legendary Hungarian house aficionado Tommyboy and fellow countryman Agebeat.
Combining their individual talents & creative flair for this project, you can expect to hear only the highest caliber house music from these guys as they drum it out good and proper inside the studio and clubside too.

Who can argue with 5 tracks in the Beatport house chart right now? Crazibiza’s 2011 achievements include tracks & remixes appearing on Ministry of Sound, Hed Kandi, Space Ibiza & Pacha Ibiza compilations to name just a few. Remixing requests are also coming full throttle, their skills the desired requisite for artists including Axwell, Joey Negro, Akon, Ron Carroll, and Spencer & Hill amongst others.

With a guitar concertist mother, and a vinyl collector father, Fernando grows around music, starts studing: battery, drums, percusion (jazz), and was part of a rock band for a while, but his career and musical pasion grows as a Dj and Producer.

He has become one of  the most renown DJs in Uruguay as a result of many years of hard work in the music business around the world.

2013 Starts as a great year for Fernando, beginning the season in Punta del Este, playing in PESF with Steve Angelo, Luciano and Hernan Cattaneo, also playing as main artist with Steve Angelo at Luminocity by Miller in Villa Sophia.
Another summer residence  in Tequila Club plus several dates in Torre Yo, Speed Sunsets, and private parties.